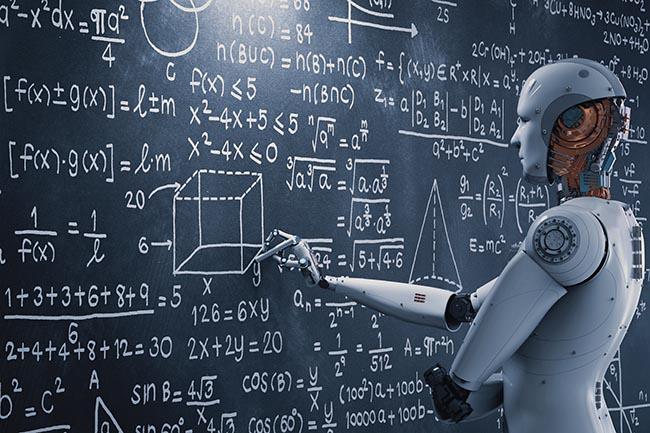 Mathematics has an almost universal language, just like music.Almost everyone speaks the same language, both to score the GDP of a country and the value of the dollar or the poverty index, very different from the grammatical language that systematically transmutes according to the region.Appeared in Sumeria and perfected in Babylon, leaves reappear in the hour with 60 minutes, the minute with 60 seconds or the circle (6x60) of 360 degrees, from the sexagesimal structure.There were other forms of mathematics of other civilizations, such as the Inca, which also created their own mathematical language but that were not universalized.

The mathematical language we currently use is that of Arabic numbers of around 800 AD, which, in reality, the Arabs extract from India.The Arabic numbering system is considered one of the most significant advances in mathematics.Most historians affirm that they had their origin in India and that it expanded through the Islamic world and from there, via al-Andalus, to the rest of Europe.However, it is thought that the origin of this system based on 10 had its origins in China.

As the well -known physicist and mathematician of the nineteenth century Josiah W.Gibbs: "Mathematics is also a language".There is another language, which is musical language.Thus, musicality, such as tonal ear or emotional evaluation, is found in the right hemisphere.The graphic musical language that includes symbols and harmonics develops in the left hemisphere.Then, oral and written language, the graphic musical and mathematician will all meet in the left sector of the brain, although in different sectors.

The exact calculations would be related to language.On the other hand, in approximate calculations in the global thought of mathematics both hemispheres, especially parietal and law.

It is suggested that mathematical capacity is innate and that it would have preceded verbal language, within the evolutionary process.The possibility of becoming necessary to communicate intersubjectively is thus awarded to language.When Homo Sapiens needed to count his steps, his prey, his space and time to develop activities, he said symbolize mathematics and transform it into language.And that it would have become necessary to try the understanding with the other.

When man began to live in small cities he needed a common arithmetic language to negotiate or conquer his neighbors.Thus it was that the first conqueror in history, Sargon el Grande, of the Mesopotamian city of Kish, dominated several cities and was apparently the first to unify a system of measures in his time.Facilitated the need for a unique registry to focus negotiations between different regions.However, mathematical capacity is thought as a much more primitive and innate process, even present in lower animals: from insects to monkeys, since they can differentiate estimated as "larger than" or "smaller than".

In mathematical procedures both hemispheres intervene.In them there are two great elements: numerical representation and mathematical procedures.Numerical representation is applied to graphics such as words that depend on each language and are processed especially in the left hemisphere (for example, ten or TEN, which is conventional language).On the other hand, the numerical symbols that are abstract representations: Arabic (1, 2), binary (00, 01, 11) or Romans (i, ii) that are mainly processed in the right hemisphere.

In search of accuracy

Primitive mathematical procedures have approximate (largest or smaller group) that do not verbalize amounts.They are spatial of the right hemisphere and are already present in children and primates.The exact procedures are mathematical algorithms that need the left hemisphere to be able to verbalize but, in turn, require the right to imagine the calculation.It seems that the exact process is learned, since it does not exist in primates and neither in current human tribes that only count up to two or differentiate estimates.

The mathematical function can be observed in animals such as chimpanzees, rats and even insects, which can differentiate estimated amounts.For example, they can differentiate a fruit stack from another or in computer tests are capable of differentiating between three objects from four.The ability to distinguish amounts can be considered as a basic instinct.

The distinction in quantities is also observed in very young children, of less one year, that can discriminate groups by quantities or distinguish an object between two, showing an outline of mathematical development that later evolves.

It can be said that mathematical thinking was born as an instinctive process in evolution and then improved in human and even improve with study, there are clear anatomical and functional differences between those who present a great capacity and normal people.The capable and mathematical geniuses process an algebraic exercise in the brain with functions that explain their understanding.

Mathematics can be considered a subtype of language

Mathematical capacity requires a space ability and loss of it will generate problems in the calculation capacity of the person.The mathematical process can develop the brain, especially stimulating the prefrontal area that symbolizes and allows learning exact processes and the cerebral interparietal groove, key to the understanding of proportions or mathematical estimates;then the verbal language being much later, which gives it intersubjective symbolism.

It can be said that the two hemispheres intervene in this function and that it would be difficult to process it from one.For example, in the count with the hands for childhood learning, symbolic and visuospatial right thinking is used, which then requires the left hemisphere to communicate it and process it exactly.

It can be said that mathematical thinking was born as an instinctive process in evolution and then improved in human and even improve with study, there are clear anatomical and functional differences between people who present a great capacity and normal.