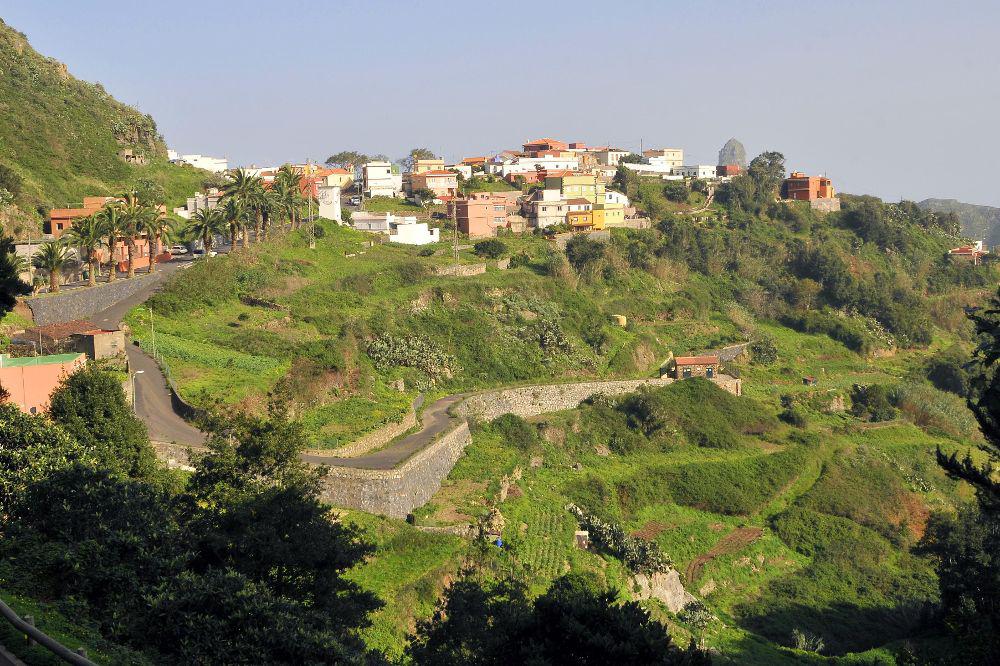 The Cabildo de Tenerife will provide stable internet access to the towns of Las Carboneras, Chinamada, El Batán, Cabeza de Toro, Bejía (La Laguna), Los Catalanes, Taborno, Casas de la Cumbre, Afur, Roque Negro, Chamorga, Taganana and Igueste de San Andrés through a state-of-the-art wireless network called WiMax. To this will be added a significant investment to improve the DTT repeaters of the operators in the area, with the aim of normalizing access to telecommunications services, mainly television in homes.

As for this wireless network, it is a system very similar to Wi-Fi but with higher speed and very wide coverage, especially recommended for rural areas, precisely where the deployment of terrestrial fiber optics is more complicated. In this sense, it is a data transmission system that uses radio waves with a coverage of up to 50 km and that will require a radio frequency study to determine the number of points to be installed.

On this, the island corporation highlighted that throughout this year the deployment of the wireless network will be put out to tender for a value of 1.5 million euros to provide coverage to the problematic areas of the Island, including Anaga or Teno. .

This was confirmed by the president of the Cabildo and the mayor of Laguna, Carlos Alonso and José Alberto Díaz, who highlighted the work being done for the deployment of WiMax, in addition to the importance of having an item of 100,000 euros of funds from the institution. insular for the improvement of the existing telecommunications infrastructures in Anaga.

They highlighted that at this time negotiations are being carried out with the operators so that the towns of Anaga can enjoy stable telecommunications services through DTT with the improvements in the operators' repeaters and the Internet connection through WiMax, the great bet of the Cabildo de Tenerife.

Alonso stressed that "it is about providing the area with a much better bandwidth than what exists at the moment. It is not the equivalent of fiber optic broadband, but the needs of residents around the world are covered quite well. area of ​​the Anaga Rural Park".

For his part, José Alberto Díaz pointed out that "La Laguna has requested the improvement of equality of living conditions and one of the matters that we have raised with the Cabildo de Tenerife is quality internet access and the improvement of television infrastructure. In short, what we want is to value living in the Anaga Rural Park with the living conditions that other citizens have in terms of telecommunications", he concluded.

The network will be tendered this same exercise

The Island Councilor for Innovation, Antonio García Marichal, highlighted the work being carried out by the Cabildo de Tenerife to provide services to the dark areas of the Island, mainly rural and mountainous areas. On this, he valued the firm commitment of the corporation to deploy a wireless network under the WiMax system, which was confirmed by the president himself, Carlos Alonso.

Above all, he emphasized that for this same financial year an item of 1.5 million euros for the wireless network is contemplated in the general budget, explaining that "throughout this financial year the network will be put out to tender so that in the shortest time problem areas can be covered.

"This is the Cabildo's own network that we are going to set up for the deployment of high performance of its own services with which it will be possible to connect the neighbors. With it, through an operator they will be able to connect to the internet, something that they cannot do today," said García Marichal.

However, he wanted to make it clear that a radiofrequency study must be carried out to see how many points of the territory we cover and, above all, in the Anaga area due to its orography, where many repeaters will have to be installed because it is one of the so-called dark. It is a demand from the neighbors and we will comply, "he concluded.

what is a wimax wireless network