What is Gamification and why is it so present in education and other environments: the video game as a design trend 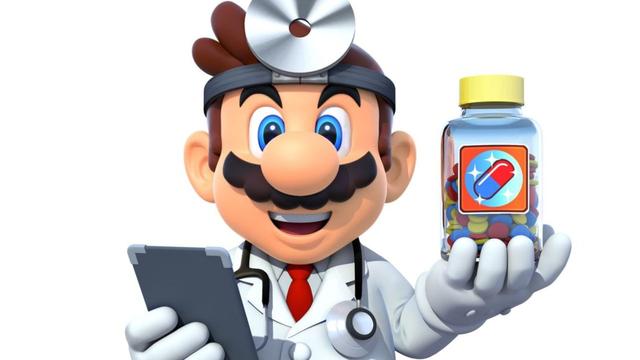 What is Gamification and why is it so present in education and other environments: the video game as a design trend

Gamification is in fashion. This term that walks through our society extolling the virtues of the video game has become so popular that it has penetrated the collective imagination, even going beyond the specialized areas in which it has entered with more force: such as the work environment, marketing or teaching. A current of design that has become a swearword that will be familiar to most and least. But what exactly is gamification? This is not a categorical definition, but without being too far off the mark we can describe it as the incorporation of game mechanics and systems into non-recreational spaces. Taking advantage of that definition, and understanding the video game as one of the most popular forms that the game has adopted today, it is easy to intuit that its degree of influence in all this is high.

This theory, wrapped in its blinding light, seems to contain answers (along with hyperclassrooms and other messianic terms) to many of the ills that plague, for example, our educational system. But as usual, surely the most sensible thing is to assume that in addition to lights, there are also shadows, and that in the same way that the video game and the game, by themselves, do not cure depression, they also do not work as magical elixirs capable of motivate every student and worker who crosses his path. Although that does not deny the existence of a certain potential that can be exploited as long as it does not go from use to abuse. What is certain is that it is a current that, today, is completely integrated into our society, so, I think, it may be interesting to make a small approximation that, with luck, will help us to order four basic ideas. We start.

Pointing to its origins, or rather its ideological engine, we come to Jane McGonigal, who, as Salvador Gómez tells us in Game & Play (Aranda, Gómez, Navarro & Planells, 2015), and despite not coining the term, established the principles of gamification in 2011, in his book Reality is broken. Why games make us better and how they can change the world. In this essay she reveals the individual's general dissatisfaction with her reality, pointing out the game and its environments as tools that can be used to improve it. How? Through mechanics and systems, typical of the game, capable of capturing the subject's attention and encouraging him to continue playing. From here, we extract two key ideas whose relationship constitutes the reason for all this: player and motivation. Gamification orbits around them, trying to establish the type of "player" at each moment in order to apply game mechanics and systems that are capable of generating motivation in the person, such as exploration, challenge, rewards for objectives, watch lists, competition based on rankings, point and level systems or achievements.

Gamification appears as a response to the lack of motivation that usually inhabits activities that the human being performs because he must, not because he wants to. And without motivation it is difficult to light the flame of involvement, which is essential when it comes to achieving good results both at work and in studies. There are motivation strategies, well known and naturalized, aimed at getting student and worker involved. Grades, salary, recognition for a job well done, penalties, punishments, prizes... In short, extrinsic motivation strategies whose ultimate goal is to make us want to do something that, at a given moment, we may we don't feel like it. Generally speaking, logic says that if we get paid more we will be more willing to work, just as, when we were little, if we knew that a reward for passing (or a punishment for failing) awaited us, we used to try harder in school (some ). But this type of behavioral motivation has little to do with intrinsic motivation, the one that arises from within the person, from their curiosity, the desire for knowledge, or the pleasure that efficiency in their work causes them, something that is closely related to related to the idea of ​​the vocational, and that usually translates into a total involvement in what is being done. It is there, in the search for that level of involvement, where the video game makes an appearance.

We all know, the video game industry is, today, the entertainment business that moves the most money worldwide. Which means that there are millions of people who play every day, who do so voluntarily assuming the economic costs of said activity and who, in addition, show high levels of involvement. From these figures, which are used to certify the formula, the simplification of the message begins. If the problem of education is involvement, why not imitate what is most successful in that field? Fröbel (1782-1827), considered the father of the Kindergarten, already put the focus on the game as an element of interest to the child and a basic instrument of education (although from another approach), something that was rescued by educational theories from the end of the 19th century, which gave rise to movements such as The New School, which drank from the postulates of Rosseau, Pestalozzi and Fröbel himself, and from which names as popular as Maria Montessori emerged; so it may be that going to the game, or by logical evolution of our time, the video game, is not something as revolutionary as it seems.

There is potential, but there is also danger

However, the approach is interesting, and it cannot be denied that, despite not being the divine message that it sometimes seems, several elements can be rescued from the video game that, applied in moderation, make gamification a powerful tool. That said, to involvement we can add the management of failure and the continuous presence of feedback. Failure is closely linked to learning, so it is necessary to learn to relate to it, and the video game gives us safe and controlled spaces in which failure, in a much more natural way, can be perceived as part of the learning process. (tell Miyazaki). In addition, the video game continuously deals with communicating the status of our game, monitoring it by constantly assessing our performance through scoring systems, life bars, etc. Something highly usable in the teaching-learning process. We are talking, therefore, of elements that have potential when it comes to improving educational action and generating interest. So where are the drawbacks?

The first is found in the measure. Excessive gamification, regardless of its scope of application, can be counterproductive, and doing so without knowing the facts as well. However, it is a complex process, and requires knowledge of pedagogy that goes beyond four superficial brushstrokes. If it is not carried out properly, the student does not internalize the knowledge, and the performance becomes pernicious. It is not the same to gamify a reinforcement activity, something that can even be natural, than trying to get the student to achieve the construction of their own knowledge through a whole gamified program. Those are big words.

Turning to work, and making it clear that, unlike what happens in the field of teaching, I do not have training, I think it is relatively easy to come up with questionable uses. Trying to pass off psychotechnical test games and theoretical exams, which are actually screening tests of a selection process, while the applicant is told messages like "don't forget to have fun", seems even cruel to me. On the other hand, transferring it to the field of training, according to what terms, is little less than the final plot twist to pervert the term. A purpose for which there are many companies with digital services and products that promise, for example, "to massively train employees and keep them engaged through gamification techniques that make learning fun, offering perfect tools for learning about new products ”. It is nothing new, the market does not let one pass and, obviously, the capitalization of the term was not long in coming.

This commodification implies, from the outset, the loss of control over the process. A well-structured reinforcement didactic unit, planned by a teacher with the appropriate knowledge and with the ultimate goal of having his students internalize a series of concepts, has little to do with software developed by a company or with a video game cataloged as serious games (which run along paths other than those of gamification), undoubtedly further removed from the realities that occur both in a classroom and in an office. All this without going to the heart of the matter, something that many of us who are video game fans have asked ourselves more than once: why do we play?

The reason of to be

Here, again, it is time to resort to the academy and the study that it has been carrying out on both the game and the video game, from Johan Huizinga and his Homo Ludens, to contemporary authors such as Miguel Sicart with his Play Matters, or Víctor Navarro in Directed Freedom, all of them agree on the autotelic character of the game, on the fact that playing is an act and an end at the same time. The goal of the game is to experience the game itself. When we control Mario, Joel or the Master Chief, when we place blocks in Tetris Effect or throw a Fifa we do it (as a general rule) because we feel like experiencing that activity. It is, therefore, a voluntary act generated by intrinsic motivation that, logically, is accompanied by great involvement.

Now, what happens when the game is not voluntary? What happens when one is forced to participate in a game against his will, to accept its rules and be bound by them without being able to decide if he wants to participate? Can we speak, then, of high levels of involvement? Does the person who is being forced to perform theoretical tests in the process of selecting a job have fun? Does the child who faces a Kahoot enjoy when he is far from dominating the subject of it? Obviously, these questions do not invalidate the potential of those elements, typical of the video game, that can be used to improve the involvement of a class, but I think they do serve to draw attention to the danger of beatifying the video game and everything that surrounds it . In this sense, I will go back to Sicart, to point out that, as he points out in the first chapter of Play Matters, playing is a manifestation of humanity, a means through which we express ourselves in the world, and as such we do not it is exempt from certain danger.

With this small organization of ideas, which I hope can be useful to anyone who doesn't know much about the subject and is somewhat curious, I do not intend to criminalize gamification. On the contrary, it is a current that I have been interested in for years, but I think it is important to maintain a certain critical spirit about the siren songs that reach us around everything that surrounds the video game and its legitimacy. It is not going to be that they continue to score goals for us, that passion misleads.

how to become a digital product designer